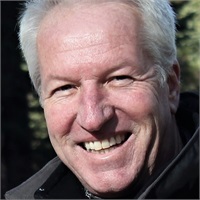 Born in Oregon in 1959, Rocky’s family moved to southern California to take part in the booming economy of the early 1960’s. After a few years, the decision was made to return to the small town lifestyle of Oregon. Rocky graduated from the University of Oregon in 1981 with a BS in Business Administration and moved to San Francisco where he joined Equitec Financial Group as an Account Executive in 1982. Equitec was an early pioneer in comprehensive financial planning which set in motion the path of his career. Rocky and two partners left Equitec to form Dugan, Schatz, Key and Associates, a financial planning firm based in Larkspur, California. That firm later evolved into Captial Strategies & Investments, Inc. which was founded in 1987. Rocky has been the President of Captial Strategies since 1988.

Rocky earned the Certified Financial Planner (CFP®) designation from the College for Financial Planning in 1988. In 2018, he added a Behavioral Financial Advisor designation (BFA™) from Kaplan University. Rocky and his wife Angela (University of San Diego, 1981), a corporate event planner, live in San Rafael. Their daughter, Marly (Gonzaga University, 2018) is an Account Executive at Porter Novelli in San Francisco.

Rocky enjoys traveling, skiing, fishing, hunting and hiking, as well as spending time at their home in McCloud, California.